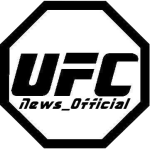 ‘The Notorious’ Conor McGregor took to Twitter this afternoon to confirm that he will be facing Dustin Poirier on July 10th.

“The fight is booked! July 10th you’re gonna see what the Mac is about. Adjust and absolutely fucking destroy!”

This comes just 24 hours after Dustin announced via Twitter that he had signed the fight agreement to face Conor in their highly anticipated trilogy fight.

This fight will be the deciding fight in their trilogy with McGregor holding a TKO win over Dustin back in 2014. Dustin then avenged that loss by providing Conor with his only KO loss.

This fight also has huge ramifications for the Lightweight division. Not only will it likely determine the number one contender to the Lightweight belt, but it will be the deciding fight between these two icons of the current era.

With their last fight at UFC257 being already one of the biggest sporting events of the year so far, the trilogy fight has the potential to be even bigger.

UFC 264 will happen on July 10th with Conor McGregor vs Dustin Poirier being the 5 round main event for that PPV. show.

I am the owner of ufc_news_official on Instagram that has over 25,000 followers! I’ve interviewed many UFC fighters and UK prospects and have run my page since 2016. I’m also a BJJ white belt under Braulio Estima and have a yellow belt in Kickboxing. Away from MMA, I’m currently studying Philosophy and Sociology at University.