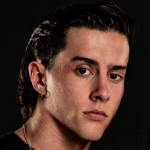 Fight fans the greatest sport in the world returns with the action packed UFC 263 that sees the return of dominant champion Israel Adesanya as he looks to defend his middle weight championship against the Italian dream Marvin Vettori, and Figueirdo looks to defend his flyweight strap against Brandon Moreno. If that wasn’t enough for fight fans, we also see the return of future hall of famer Nate Diaz against Leon edwards in a 5 rounds welterweight bout. MMA Island’s Keelin McNamara and Lorenzo Cole give their thoughts on tonight’s fights..

Unfortunately for Nate, I can see the doctor getting involved
in this one, similar to the UFC 244 main event against Jorge
Masvidal. Nate’s scar tissue is pretty much non-existent at this point,
and Leon’s kickboxing is elite – in those 7 minutes against Belal
Muhammad, Leon was beating him up and landing at will. I can see
something similar happening here. Unfortunately for Nate, I can see a
doctor’s stoppage after 3 full rounds and before the beginning of the 4th.

for most fighters, being on an 8 fight win streak usually brings one or two things, championship fights or an unbelievable amount media coverage. Oddly enough for Leon Edwards it seems as though he’s been a step behind for both of those things. This fight with Nate Diaz is a great opportunity to introduce Edwards to the more casual fans and a great opportunity to propel Diaz up the welterweight ladder. Though I will never count Nate Diaz out I ultimately see Edwards being able to put him away by TKO. The top of the welterweight division is so stacked and I just don’t see Diaz being able to pull this one off but he has managed to shock the world before!

This is such an intriguing fight. Their fight match-up was a
bona fide Fight of The Year candidate, and the greatest flyweight
fight of all time for me. Will this fight be a little cagier now that both
fighters have gone 25 minutes against each other? I see two outcomes
here: If Moreno can land a couple of takedowns early on, I can see
him getting a decision at the end – he is FAST, and he changes levels
really, really well. However, he is very heavy on his lead leg, and if
“Deus De Guerra” can land some José Aldo-esque leg kicks to that
lead leg, I could equally see Figueredo getting a decision or a late
stoppage. Do not sleep on this fight.

this is an extremely close and difficult fight to call for a multitude of reasons. The most obvious being the WAR these two men have already had with each other. I am extremely excited to watch this fight and look forward to seeing the evolution of the flyweight division. I am a fan of both man and don’t think this fight will fail to deliver in any aspect. With that being said, I’m going to go with Brandon Moreno. Figgy looked extremely drained at the weigh ins and I see Brandon being able to weather the storm and push through to a victory and I dont see it going the distance. Overall, a tough fight for both men and a treat for fight fans.

I can only see one outcome in this fight, and that is Israel Adesanya
sending a statement to the rest of the Middleweight division and
laying the smackdown on Marvin Vettori. For my money, Vettori is
FAR too emotional and invested in this fight, and I think Adesanya is
going to pick him apart because of that. On the MMA Island podcast,
I predicted a 2 nd round knockout for “The Last Stylebender”, but a 1 st
round KO would not shock me either. Vettori is a very good wrestler,
but I still haven’t seen any argument that justifies him being in this
fighter over Derek Brunson. Also, he got hurt by a morally broken
and physically tired Kevin Holland every time they were on the feet.
With the array of weapons in his arsenal, one has to wonder what
Adesanya is capable of doing to Vettori. 2 nd round knockout to Israel
Adesanya for me.

Following a tough loss to the newly crowned light heavyweight champion Jan blachowitcz I see Izzy showing up motivated, focused, and ready to remind the public what got him to the top of the middle weight division in the first place. Upon re-watching the first fight with Marvin and looking into how both men’s careers have unfolded after fighting each other I don’t see the same amount of improvement in Vettori as I have Israel.  The frequency of talent and adversity Izzy has overcome is nothing short of incredible. While Vettori has definitely put in the work and accomplished a lot in his own right I think we are going to see a different Izzy Saturday night. The recent press conference really put things in perspective for me seeing how emotional and angry Vettori has been as of late which will play right into Izzy’s game.  I see a high paced and competitive first few rounds and Izzy putting him away inside of 3.