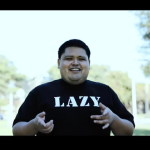 At UFC 254, on Fight Island, Khabib had just announced his retirement from MMA after submitting Justin Gaethje by triangle choke in the second round. He had promised his mother that this would be his last fight; it was an emotional night to say the least.

While still mourning the death of his father, Khabib was able to defend his title for a third and final time, retiring at the top of MMA as the, “Undefeated, Undisputed, UFC World Champion.” He did it, he had achieved “Father’s Plan.” And, while still in his prime, he had nothing left to prove, 29-0; Khabib had cemented his legacy as one of the greats.

Although he is no longer putting his undefeated record on the line, Khabib is still heavily involved in MMA. Since his retirement, he has been in the gym alongside his brothers, doing meetings with Dana White and can be spotted backstage in the fighter’s locker rooms, but this time around as a coach.

Even prior to his retirement, Khabib had always been helping his teammates in preparation for their upcoming fights. So whether it was sparring, weight-cuts, or cornering them cage side, he was there for his brothers. Nothing much has changed, he is still cornering his teammates Islam Makhachev and Zubaira Tukhugov, as well as his cousins Umar, Usman, and Abubakar Nurmagomedov.

Usman Nurmagomedov made his Bellator debut on the main card of Bellator 255 with an impressive unanimous decision win against a tough scrapper in Mike Hamel, adding to his impressive 12-0 fight streak.

His brother Umar Nurmagomedov (13-0), had recently made his UFC debut under the Chiesa vs. Magny prelims, with an impressive second round rear naked choke finish against a dangerous Sergey Morozov. A

bubakar Nurmagomedov (16-3-1) recently redeemed himself with a solid unanimous decision win against a tough Jared Gooden, after getting submitted by David Zawada, in the Zabit vs. Kattar prelims.

While his cousins are establishing themselves in there respected promotions, his friends Islam and Zubaira have already established themselves in the UFC as tough opponents for anyone. Zubaira Tukhugov, now 4-2-1 in the UFC, has not only been cornered by Khabib, but has cornered Khabib as well.

He was one of the teammates involved in the melee that broke out after Khabib submitted Conor McGregor. Islam (19-1) on the other hand, has recently moved up to #11 in the Lightweight Rankings, after an impressive third round submission against a knockout artist in Drew Dober. Khabib was in his corner for that fight; praiseing Islam as the next UFC Lightweight Champion.

The future looks bright for “Team Khabib,” and as for coach Khabib, it seems us fans will continue to see him in the MMA spotlight for years to come. One could say that he was bound to follow in his father’s path as a coach. The question now is, “How great of a coach will Khabib be?” Will he be mentioned with the Firas Zahabi’s or Greg Jackson’s of the world? Will we see Khabib cornering future MMA Champions? How much more will that add to his already marvelous legacy? The questions are endless, but one thing for sure is that Khabib will continue to be an amazing ambassador of MMA.