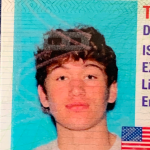 Austin Bashi is a 5’3 Bantamweight boomstick that just had his professional debut at XFC 43. Bashi, out of West Bloomfield, Michigan. He has not much experience in the MMA world, but don’t let his lack thereof fool you, this the man is a dog. Bashi had just 2 amateur fights before going pro, which should tell you how much talent the 19 year old has. His first and only two amateur MMA fights ended by way of TKO in the first round.

He is explosive, athletic, and willing to win by any means necessary. This is the perfect mix of mindset and ability that breeds great MMA fighters. A fighter can have all the tools in his or her arsenal, but if they do not carry themselves like a starved Pitbull in a cage, they will not be successful in the world of extreme violence.

This was Bashi’s first MMA bout, taking place at Lights Out 7. Being a former state champion wrestler, Bashi’s wrestling looked great against the longer Garrett Wooden. Bashi caught Wooden with a fantastic body slam takedown early in the first round. From this fight alone, I immediately saw the bulldog instinct in Bashi. This fight ended in the 1st round by viscious TKO from Boomstick Bashi. Bashi looked exceptional in his inaugural first round. If I was told this man was a MMA veteran, I wouldn’t bat a eye. He is that athletic and explosive. The kid comes in, gets the takedown, and immediately holds top control for the entire fight. Bashi ended the fight with a TKO finish in 2:20.

This fight was the boomstick’s 2nd amateur bout, taking place in the Caged Thunder promotion, at Caged Thunder 11. Bashi showed off a little bit of his striking early in the first round, trying to open up the takedown. In Bashi’s two amateur fights, he displays how he uses his striking on the feet to open up ways to get to the ground. This is another fight where Bashi finds the fantastic body slam takedown to hold top control on the mat. Bashi held top control again for the entire fight. He subsequently finished with a TKO from top mount in the 1st round. Keep in mind that in these two amateur bouts, Bashi is just 18 years old. To be able keep two fighters on the ground for that long shows just how talented he really is.

In his pro MMA debut, Bashi used the same aggressive tactics in his two amateur fights. Bashi is a vice grip on the mats, and it shows from the very moment he steps into the cage. Bashi used his striking more in this bout, and it looks very promising. Boomstick Bashi again used his aggressive wrestling style to hold top control for a good amount of the fight. Bashi could not get the finish in this 3 round bout, but regardless won of a unanimous decision.

Austin Bashi definitely has the potential to go to the UFC. In my opinion, Bashi has all of the tools to become a great MMA fighter. He has the killer instinct, gas tank, amazing wrestling, and he knows how to use his striking to open up the opportunities on the ground. Keep in mind that Bashi is only 19 years old, so it may take some time and a few more wins under his belt, but I believe we will see Bashi in the octagon very soon.

The Current State of the UFC Middleweight Division