Is Rose Namajunas vs Carla Esparza 2 The Next Fight To Make? 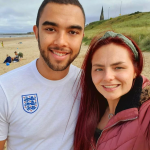 UFC Vegas 27 gave us a night full of entertaining fights, with the No. 3 and No. 4 contenders facing off in the Main and Co-Main events. Rob Font handed Cody Garbrandt his 4th loss out of the last 5 fights, while Carla Esparza extended her winning streak to 5 with a dominant win over Yan Xiaonan. With both contenders above her coming off losses, is it time to give ‘Cookie Monster’ a shot at the champ?

How did the first fight go?

Saturday’s performance was one of the most dominant of Esparza’s career, having achieved just her 2nd finish inside the Octagon, and the first since her promotional debut. She dominated Xiaonan with her patented wrestling-heavy approach, taking her down within 6 seconds. Xiaonan did display some solid resistance for the first minute, but after a 2nd takedown appeared to accept the position. Esparza kept busy, alternating between half-guard and side control and throwing 104 of her 170 total strikes. Xiaonan was saved by the bell from a late submission attempt, but was left bloodied and looking exhausted. Esparza on the the other hand, appeared much more conditioned during the break, and was content with her coaches’ advice to wear Xiaonan down with more wrestling. With 4 minutes and 52 seconds control time, a clear 10-8 round for Esparza.

After catching a kick and securing the single leg, Esparza was once again in top position less than 40 seconds into Round 2. This round was more active on Esparza’s part, seeking to secure a more dominant position. Xiaonan, however, became too comfortable on her back. Esparza secured a crucifix position, and 2:57 into the second round, Keith Peterson called a stop to the action.

Now 19-6 and riding a 5-Fight win streak, Esparza has punched her ticket to a fight with Rose Namajunas. Esparza holds a win over Namajunas- a RNC in the TUF 20 finale- to win the inaugural UFC Strawweight belt. She then went 3-4 in her next 7 before her recent resurgence. This is the joint longest winning streak in the division, and with Tatiana Suarez having not fought for 2 years, Esparza is the obvious choice for a title shot. If I were to play matchmaker, these are the fights I would make:

Whatever combination of these top 6 fighters end up being matched together, one thing is for certain- the UFC Strawweight Division is only getting stronger.

Hi! My name is Liam-Blue Beecher. I’m a 22 year old student paramedic (due to qualify this summer) originally from London but now based in the North-West of England. I do train in MMA but have not competed, and once the pandemic is over I’m planning to start BJJ training.