Sasha Palatnikov vs Impa Kasanganay Breakdown and Keys to Victory 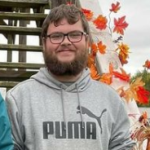 Sasha Palatnikov is looking to keep the train rolling after his debut at UFC 255 where he knocked out Louis Cosce. Sasha has shown to have power behind his hands. He will be looking to capitalize on every opening Impa Kasanganay can offer. He will use his wide stance to counter Impa’s shots. in his debut he had shown that he is able to recover from dangerous situations well.

Coming off his recent loss Impa Kasanganay is looking to get back in the win column against Sasha Palatnikov . Coming off his loss to Joaquin Buckley back in summer, Impa is looking to re-establish himself in a new division dropping to welterweight.

I predict a 3 round war with Sasha being victorious via decision. In the first round, Sasha will stay on his back foot and look to counter the shots Impa will be throwing, clipping and possibly dropping him.

In the sequel round, Impa will come out slower giving Sasha enough time to let his kicks go to the body slowing Impa down for the 3rd round.

In the 3rd I think Sasha comes out and puts on a clinic and Impa makes a quick comeback near end of the round. resulting in a 29-28 victory for Sasha winning the 2nd and 3rd round.

Love the sport have for years and I'm ready to bring you guys amazing articles!! Let's talk fights