The Current State of the UFC Heavyweight Division 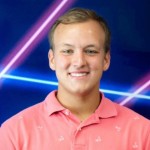 It has now been over a week since UFC 260, and there is a new king of the UFC heavyweight division. Francis Ngannou defeated Stipe Miocic via 2nd round KO and now the division runs through The Predator. What does this mean for the rest of the heavyweight division? The rankings didn’t change much, but we can take a look at the UFC’s official top 5 to get an idea of the current state of the division and see what’s next for each fighter.

There isn’t much to say about Francis. He looked like a complete fighter last week and seeing him easily stuff a takedown should be terrifying for the rest of the heavyweight fighters. He will be at the top of the division for a very long time.

One of the best heavyweights of all time finds himself in a similar situation to a few years ago. To win back his title he must complete his second trilogy in 3 years. Stipe can rematch Francis for the title, retire, or fight someone else in the division and work his way back up to the top. It is doubtful that any non-title fight would interest him, so what’s next for the firefighter? With his second child on the way, Stipe will probably take some much earned time off and think things over. Hopefully, we will see him fight again.

Coming off of an insane highlight reel KO of Curtis Blaydes, The Black Beast is next in line for a title shot. According to ESPN’s Ariel Helwani, the UFC is already attempting to set up a title fight between Lewis and Ngannou. This will be a rematch of a fight that took place in 2018 which both fighters surely want to forget. We will see if the rematch will be more eventful.

Curtis was on a 4 fight winning streak before his devastating loss to Derrick Lewis. He is now back to the drawing board as he is probably 1 or 2 more wins away from a title shot. Blaydes is currently on medical suspension until late April, so we probably won’t see him in the octagon anytime soon.

Gane has been impressive in his last few fights, but an uneventful 5 round decision win against Jairzinho Rozenstruik probably left a bad taste in the UFC matchmaker’s mouths. Gane is 1 exciting win against a top 5 opponent away from a title shot. Luckily for him, he has a chance when he faces Alexander Volkov in June.

Volkov always seems to be on the outside looking in. Whenever he gains some momentum in the division, he loses a big fight and is set back to square one. Volkov will face Ciryl Gane this summer, and the winner of that fight can possibly catapult themselves into a title shot position.

Jon Jones moving up and challenging Francis to a super fight would be must-see TV, but negotiations seem to be at a standstill. Hopefully, he and the UFC can figure it out soon. It would be a shame if the #1 ranked pound-for-pound fighter was not able to test his skills against one of the scariest fighters in UFC history.

The Heavyweight division is currently more exciting than it has been in a long time. So much can change in the coming year. By the end of 2021, any of these fighters could have a case for a title shot, we will just have to wait and see how things shape out. One thing is for certain, it is an extremely fun time to be a fan of the big boys.