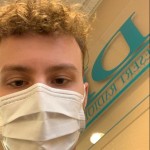 On April 10th, 2021 the UFC will make a return to ABC, for UFC Vegas 23: Vettori vs Holland. This will mark the second broadcast on ABC in UFC history. Originally slated to headline, was Darren Till vs. Marvin Vettori. However the Englishman was forced to withdraw after sustaining an injury during training. Kevin Holland will step in on 10 days notice, it will be his second main event in just a month’s time. There are plenty of familiar names on this weekends’ card and many exciting match-ups. With 15 scheduled fights on the lineup, there’s a lot to look forward to. So let’s preview a few of the more ‘under the radar’ bouts at UFC Vegas 23.

Da Un Jung the 6’4” light heavyweight fighting out of Daegu, South Korea is one of Korean Top Team’s most promising athletes. The 27 year old is coming off of a split draw against  Sam Alvey, back in October 2020. With a record of 13-2-1 (2-0-1 in the UFC), Jung will look to continue to prove his supporters right. Across from the South Korean fighter will be one of his toughest opponents to date, William Knight.

The equally imposing prospect out of Connecticut, USA is riding a 3 fight win streak. Knight (9-1) is listed at 5’10” which is somewhat undersized at light heavyweight. Even so, Knight has been impressive with the UFC so far, earning a contract on Dana White’s Contender Series and then winning again in his official debut.

Da Un Jung vs. William Knight should be an exciting bout, between 2 rising prospects for the 205 pound division.

Hunter Azure (9-1) out of Phoenix, Arizona is coming off of a 2 fight 2020 campaign. A Dana White’s Contender Series product from 2019, Azure has ground out a 2-1 record with the company. He’ll look to add another win to his resume by upsetting the undefeated fighter out of Wales, Jack Shore.

The Welshman with a perfect record, Shore (13-0)  has been on a lot of fans’ radars since holding a title in the Cage Warriors promotion. Following his signing to the UFC back in 2019, Shore has won back to back fights via rear naked choke. He is highly regarded by many as a future title contender in an already stacked bantamweight division.

Hunter Azure vs. Jack Shore is slated for the preliminary card but you can expect some main card caliber action from these two electric bantamweights.

Scott Holtzman (14-4) a long-time UFC veteran, is coming off of a tough loss to Beneil Dariush in August of last year. The 37 year old will need to get back in the win column, if he wants his chance at another ranked opponent. However, the fighter out of Tennessee is looking at a tall task ahead of him in highly touted Mateusz Gamrot.

The “Gamer” a former KSW Lightweight champion made his awaited UFC debut in the fall of 2020. Although Gamrot lost his debut in a slightly controversial split decision. The Polish fighter is looking to right that wrong on Saturday and use Scott Holtzman as a launching pad toward his own title contending dreams. Gamrot still only 30 years old, with a record of 17-1 is a major prospect to look out for in the already prestigious 155 pound division.

Scott Holtzman vs. Mateusz Gamrot has bonus material written all over it. Don’t miss these two high action athletes battle it out in the octagon.

In Case You Missed It

UFC Vegas 23 a.k.a. UFC Fight Night: Vettori vs Holland will take place at the UFC APEX in Las Vegas, NV. Airing this Saturday on ABC and ESPN+. https://plus.espn.com/

If you enjoyed this article please browse the rest of the site and catch up on some of the most recent news and read some of our great writer’s work at http://mmaisland.net/

My name’s Christian Lee (not of ONE Championship). I currently reside in Las Vegas, NV. My free time revolves around the MMA world and I look forward to contributing some of my thoughts with this community.