Where Does Kevin Lee Fit In The Lightweight Division? 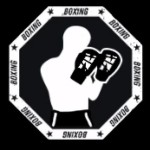 The Motown Phenom Kevin Lee currently sits at #13 in the official UFC Lightweight Rankings, but where does he really fit into the overall picture of the Lightweight division?

Kevin Lee’s last fight was a loss to the hands of Charles Oliveira, the same man who will be challenging for the Lightweight Championship against Michael Chandler at UFC 262. This fight happened a year ago, believe it or not, and Kevin Lee has not fought since then.

Looking at Lee’s résumé, his last win was against the prospect Gregor Gillespie in 2019 in an extremely spectacular fashion; however, against Charles Oliveira he did not look the same or even similar to what he did against Gillespie.

Coming into the Oliveira fight, he did miss weight which may have been a factor into his performance as well.

Regardless, that was a year ago and we are now in different times. The rankings have shifted a bit in the past few months. At the time of writing, Kevin Lee is 28 years old which is considered the prime for most fighters, and still has a lot of questions that are yet to be answered about his future.

So, who could he possibly fight to answer any lingering questions that surround his career and its current trajectory?

Who can Kevin Lee fight next?

Well if we look at who’s under him, you have the best realtor in MMA, known as Al Iaquinta. Iaquinta’s career has also been a bit inactive and the last appearance from him was in 2019 against Dan Hooker. Iaquinta has already beaten Lee twice , so it is safe to assume that won’t be a possible match up any time soon.

Above him, the Detroit native has Diego Ferreira, a BJJ specialist, who is coming off of a loss against Beneil Dariush. Before this loss, Ferreira was on a six fight winning streak with his only losses being to Dariush and Poirier. Dariush and Poirier are both extreme powerhouses in the Lightweight division and are both on respective tears at the moment.

He’s only ranked one spot above him and I believe has the skills to bring a competitive fight to Kevin. Kevin Lee’s striking prowess has been his greatest asset along with his experience in wrestling and BJJ. Ferreira showed in the fight against Beneil that he does have some striking skills to go alongside his slick Jiu Jitsu.

On paper, I believe that Ferreira vs. Lee would be a fun stylistic matchup for everyone involved.

Hey there, I’m Sam, also known as SAMSZN21 on Instagram and PATRIOTSZN on Twitter. I love to watch combat sports as much as the next guy, if not more. Beneil Dariush is my favorite fighter.