Fights To Make After UFC 267 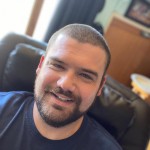 The UFC was back on Fight Island, and they brought an absolutely stacked card. Prospects turned into contenders, and contenders turned into future title contenders. Petr Yan won the interim title, and Glover Teixeira became the new light heavyweight champion. There were eight decisions, two KOS, and two submissions.

Here are fights to make for the winners and losers of UFC 267.

GLOVER TEIXEIRA!!!!!!!!!! He did it. At 42-years old he defeated Jan Błachowicz to become the new light heavyweight champion. I’m trying not to tear up as I write this. You can’t write this stuff. The next man up for Teixeira is Jiri Prochazka and I cannot wait for that fight. I’m sorry this is so short, if you want to know the history of Teixeira, go read his Wikipedia. I’m happy.

Yan is the bantamweight champion once again. Well, the interim champion. He defeated Cory Sandhagen via unanimous decision. It was 100% the Fight of the Night and one of the best bantamweight fights ever. Yan is just different. I’m trying to drag this out a little, but we all know what is next, the rematch with Aljamain Sterling.

And just like that, Makhachev has firmly inserted himself into the title picture. He defeated Dan Hooker via kimura. Makhachev is on a nine-fight win streak and looks the best he has ever looked. He came into the fight ranked No. 5 in the lightweight division. Next week Justin Gaethje and Michael Chandler fight, and the winner of that should fight Makhachev.

Volkov defeated Marcin Tybura via unanimous decision in a somewhat uneventful fight. Volkov is back in the win column after losing to Ciryl Gane. He came into the fight ranked No. 5 in the heavyweight division. Volkov has faced the who’s who of the division, and he might be looking at fighting someone beneath him or a rematch. He should face the winner of Chris Daukaus vs. Derrick Lewis.

Holy smokes. Chimaev is back. He made a very talented Li Jingliang look like a regional fighter, choking him unconscious. In his four UFC fights, Chimaev has only had one significant strike landed on him. ONE. ONE single punch! There are so many fights that could be next for him. I would like to see him fight another wrestler like Neil Magny, but he could fight Gilbert Burns or Vicente Luque next, too. There are a lot of options.

Ankalaev defeated Volkan Oezdemir via unanimous decision to hand Oezdemir his second consecutive loss. Since losing his UFC debut literally in the last seconds, the Russian has looked fantastic and is the future of the light heavyweight division. We will be seeing Ankalaev fighting for the title, most likely in 2022. In order to get to the title, he has to get through Aleksandar Rakic.

Ribas defeated Virna Jandiroba via unanimous decision. Ribas needed a win and performance like that badly, and she got it. While her hype train got derailed in January, I do believe it got back on the rails. Ribas came into the fight ranked No. 10. The real question is: Who does she fight next? The strawweight division is stacked, and the top of the division is ridiculous. I am all for a fight with No. 4 ranked Yan Xiaonan, but a fight with No. 9 Michelle Waterson probably makes more sense.

Tukhugov defeated Ricardo Ramos via unanimous decision in a terrific fight. Tukhugov is back in the column after losing to Hakeem Dawodu. The Russian has been in the UFC win 2014 but only has eight fights, so hopefully, he will be more active. Tukhugov is close to getting a top 15 opponent as well. If he were to get through someone like Gavin Tucker, that would do it.

Albert Duraev defeated Roman Kopylov via unanimous decision. It was a successful UFC debut for Duraev; not only did he win, but he fought through adversity. He is now riding a 10-fight win streak. Duraev should fight former top 10 light heavyweight Misha Cirkunov, who recently dropped down to middleweight.

Man. While we should be talking about Santos’ win, the conversation will be about the horrific refereeing by Vyacheslav Kiselev. He let Benoit St. Denis take a beating in round two and should have stopped the action. It is what it is, I guess. Santos won the fight via unanimous decision and is back in the win column. He should rematch Nicolas Dalby next. The pair fought in 2015, and Dalby won a split decision.

Oleksiejczuk handed Shamil Gamzatov his first professional loss when he knocked him out in the first round. The Polish fighter is riding a two-fight win streak and is 4-2-1 in the UFC. The Polish fighter should rematch Khalil Rountree as the first fight was ruled a no-contest due to a positive USADA test.

After spending the first round on his back, Murphy flatlined Makwan Amirkhani 14 seconds into the second round. Murphy has been putting in work against tough fighters since he got signed. ‘The Miracle’ deserves a top 15 opponent for his next fight. Murphy vs. Sodiq Yusuff is the fight to make, and I hope it gets booked ASAP.

Petroski handed Hu Yaozong his third consecutive defeat and most likely his pink slip. While he didn’t win The Ultimate Fighter, he is now 2-0 in the UFC with two submission wins. A more significant step up in competition should be next for Petroski. Alessio di Chirico is coming off a knockout loss is a perfect opponent for him.

Ulanbekov spoiled Allan Nascimento’s UFC debut by defeating him via split decision. Ulanbekov is now 2-0 in the UFC and is riding a five-fight win streak. In a shallow division, the Russian could find him ranked soon; he just has to fight more than once a year. Tyson Nam is a good next opponent for him.

Hu Yaozong ­– Outside of the UFC