Why 2022 Has Been A Huge Year For Jamaican MMA 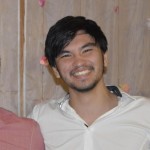 Jamaica has long since built itself a legacy of producing elite athletes considering the size of the small island nation. From track to baseball and soccer Jamaican athletes have made names across the world of sports, and most recently in MMA. 2022 has been a particularly important year, with two new champions waving the jamaican flag in the octagon, one of the first Jamaican UFC legends retiring and new and upcoming talent rising in various major promotions.

The most recently minted champion inside the promotion goes by the name of Leon “Rocky” Edwards. In order to secure the crown, Rocky was tasked with defeating Kamaru Usman, then champion and already a former opponent of Edwards. The two first fought in 2015 at which point the “Nigerian Nightmare” had too much in terms of wrestling for Rocky. 10 fights, in an unbeaten streak later and Edwards had earned himself a rematch and a shot at gold. En route to the title he picked off names such as Vincente Luque, Donald Cerrone, Gunnar Nelson, Rafael Dos Anjos and Nate Diaz. Ultimately in the biggest in-fight comeback of the year, Edwards landed a brutal head kick KO and dethroned Usman in the 5th round.

“Rocky” Edwards, who now calls England home, was born in Kingston, Jamaica  in 1991. His father, who Edwards described as engaging in “questionable activities” on the island, was ultimately killed after the family relocated to Europe. However while Leon may have spent his teenage years away from Jamaica he is currently the first and only Jamaican born champion in the promotion.

However, just before Edwards, another champion was crowned whose roots stem from Jamaica. Aljamain Sterling first won his title in the bantamweight division in controversial fashion, beating Petr Yan by disqualification in March of 2021. This left a bad taste in many fans mouths, which was only removed this year when Sterling proved himself the true champion by out wrestling Yan in a rematch to cement his reign in April 2022. Sterling’s grappling skills earned him back control for large portions of the fight, winning him the majority rounds with dominant control time.

Sterling was born in Uniondale, New York to his parents, two Jamaican immigrants and part of the area’s Jamaican community. He thrived early as a wrestler in highschool and ultimately continued the sport at Morrisville State College where he met Jon Jones. Although Sterling, unlike Edwards, was born in the United States, he has been one of the key fighters of Jamaican heritage to represent the country. He consistently carries the flag into the octagon and in his own words –

Not too far from Unionville, is Queens, a borough of New York City. This is where Uriah “PrimeTime” Hall resided when he moved from Spanish Town, Jamaica as a teenager. Hall, whose fame in the world of MMA predates both Edwards and Sterling, made his name on the ultimate fighter as the next big KO artist of the sport in 2013. Although he never reached the belt in his career, he did earn huge victories over the likes of Anderson Silva, Chris Weidman, Gegard Mousasi and Thiago Santos, as well as securing some of his knockouts as some of the greatest highlights in the sport.

Growing up in Spanish town, Hall had a very difficult childhood that ultimately taught him discipline and tenacity that he would take with him to his later career. In the States, he cites bullying, often over his accent and different vocabulary as the first reason for starting martial arts. At 16 he began karate, went on to MMA and the UFC as the first Jamaican born-fighter to really shoot into stardom in the sport. Earlier this year on August 10th, Hall announced his retirement from MMA after 17 years of pro competition.

While two UFC champions and the retirement of a legend already marks this year’s significance for Jamaican MMA, there are a number of rising prospects that deserve some attention. Fabian Edwards, brother of Leon Edwards has torn up competition in Bellator MMA, earning him a top spot amongst the rankings after a victory over MMA legend Lyoto Machida in May 2022. Jason Jackson is also a top of the food-chain Bellator fighter who last picked off Douglas Lima in July who was born in Kingston, Jamaica. This is also the birthplace of Ode Osbourne who goes by the nickname “the Jamaican sensation”. Although he is 1-1 in 2022 inside the UFC, he is one of the most exciting young prospects to be coming through the ranks.

While 2022 has been a big year for Jamaican MMA, at this point in the sport most of the Jamaican athletes to have made it big have moved and trained abroad, be it England, the United States or other. The next exciting step for fans will be to see the next generation of budding athletes who can compete and train out of the still young but growing MMA scene within the country. The MMA Jamaica Sports-Federation recently published a statement promoting the IMMAF youth championships, which is the largest amateur MMA organization, in which nation teams compete. The federation states:

“We will be building a future to send youngsters to these international MMA tournaments held by [the IMMAF]. Already we have a few talented children in our UP Fight-for-peace programmes currently running in areas like Trench and Denham Town. We must develop our children. Build for the their future”

UP – Unity & Peace is a youth organization coordinated by fight for peace which is looking to help provide services for Jamaica’s youth. With MMA now on their radar, the next generation of Jamaican athletes will have a new avenue towards becoming fighters in the future and ultimately utilize their talent.

As for the faces atop the sport right now, Aljamain Sterling will be looking to defend his title against former champion TJ Dillishaw this weekend at UFC 280. Leon Edwards is entertaining multiple options next, a third fight with Usman being the frontrunner it seems, however a personal feud with top 10 Jorge Masvidal, and dangerous contenders like Khamzat Chimaev are possibilities. Uriah Hall may have called it on his MMA career but he isnt leaving the world of combat sports just yet, he will next fight in a boxing match opposite Le’Veon Bell on October 29th, 2022.

The next step as the sport expands is to one day see a Jamaican MMA fighter born and brought up through the sport in their own country. As MMA grows in the Caribbean, fans should watch for this in the coming years.