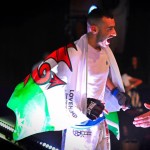 UFC Hall of Famer Rashad Evans has announced he has ended his retirement and is making a comeback, in boxing.

The former UFC Light-Heavyweight Champion made the revelation on Michael Bisping’s “Believe You Me” podcast. Rashad when asked by Bisping what he is up to these days stated “I am doing my thing with my own team, working with Greg Hardy, getting myself in shape. I might do one of these boxing matches”.

Bisping went on to further ask Rashad if the boxing was official, to which Rashad answered

Right now I am out of retirement. I am looking for the correct fight. I just want to get active again and find the first fight. I wanted to fight Logan Paul, but it seems Anderson Silva and Logan might fight each other, so at this point I might get with Shannon Briggs and Rampage Jackson and get on their card.

Rashad hinted that he wants to make a thing of this comeback and not just do one fight. He stated that once the first fight is out of the way he wants to get a couple of more in. He also suggested that part of the attraction to boxing is that the training is easier than MMA in some respects.

It’s easier in some respects, but at the same time it does bring it’s down challenges. It is more focusing on the one discipline that we do in MMA, so there’s a lot of subtle movements and things like that, you know, a lot of areas that I can get better in when it comes to just boxing. The biggest lure for me was that, it’s not as hard as MMA when it comes to beating on your body.

Rashad isn’t shy of an MMA fight either! Whilst boxing does seem to be the path he wants to go down, a future MMA comeback isn’t out of the question. When probed by Bisping on the matter Rashad responded suggesting that he is interested, only if the right fight is there for him.

When talking about the Paul brothers Rashad said of the two budding YouTube superstars. “I think Jake Paul is pretty decent, but I mean, let’s be honest they are not boxers. I don’t think that they are willing to put in the work to become boxers. I mean, taking fights with other boxers and working their way up the system. I think they have a good niche right now and with that niche, they don’t need to be boxers they can just keep doing what they are doing right now and keep making money. I think that they have made their own little program, and that part is genius. I like the creativity, but I don’t think they are boxers”.

Do you want to see Rashad Evans get into a boxer match? Or do you think he should remain retired? Sound off in the comments below.