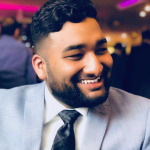 As the sun sets in the dunes of Abu Dhabi, a division lies in wait. The culmination of 7 years in UFC lightweight history caps off with the coronation of a true, undisputed king.

A humble king who forged his path through the fiery favelas of Brazil, Charles “Do Bronx” Olivera looks to reclaim what was once his and was never lost. He climbed the ranks, established his claim on the title, and overcame adversity while forging his dominance, only for technicalities & rules to take away his crown. But he reminded everyone after finishing Justin Gaethje, “The champion has a name, and it’s Charles “Do Bronx” Olivera.”

The Dagestani crown prince Islam Makhachev looks to claim the empty crown that is the UFC Lightweight Championship. Once relinquished by his current teacher and master, Khabib “The Eagle” Nurmagomedov, the title has been prophesied by the Dagestani clan to be claimed by Islam. Khabib, content with accolades in the octagon, looks to complete “Father’s Plan” with Islam as his heir.

Everybody counts out Charles Olivera. Even with his 11-fight winning streak, there are still doubters to the legitimacy of his claim and reign as champion. Yet, along the way, “Do Bronx” has added victories over Lee, Ferguson, Chandler, Poirier, and Gaethje, resulting in a 91% finishing rate in his 11-fight victory streak.

Makhachev, too grew up also from humble roots. But now, that is a far cry from where he is now. The children from Dagestan consider him a hero, and the people treat him with respect reserved for royalty. Abdulmanap and Khabib spent the previous years establishing and building the budding “Dagestani Dynasty” into what it is now.

Islam has answered every call from the UFC, while his opponents have not. The mythos around Islam has made it seem like he has no chink in his armor. His dominance was displayed by his victories over Green, Hooker, and Dober in his 11-fight winning streak.

Abu Dhabi beckons both warriors to claim the crown surrounded by sharks. Undoubtedly, heavy is the head that will bear this crown.

Regicide & Resurrection of the Eagle?

Olivera has the opportunity of a lifetime. UFC 280 presents Do Bronx with the chance to finish the prodigy of the great Eagle. This victory will lay the groundwork for the most remarkable comeback in UFC history for one of the most dominating fighters to grace the UFC octagon.

All Olivera needs to do is take the mic from Daniel Cormier and lay down a simple message with a clear challenge. Fabiano Buskei will provide the translation as follows:

The beauty of the sport in mixed martial arts is that nothing will ever be set in stone. You could have every single factor going for you. But as Benjamin Disraeli said, “The secret of success is to be ready when your opportunity comes.” So as the sands slide down the hourglass, we await for either Charles or Islam to heed destiny’s call and claim their rightful crown as UFC lightweight champion.

“I'm a fucking pimp, rocking all white Gucci mink, and without me, this whole fucking ship sink“ - Conor McGregor