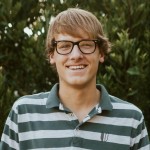 Coming into UFC 265 at Houston, one of the most anticipated fights was the featured welterweight bout. This fight featured grappling artist and #5 ranked Michael Chiesa vs #6 kickboxer Vicente Luque. Both guys are top contenders and were looking for a final step to launch into the upper echelon of the division. Along with this, both guys were riding a win streak in to Houston.

Michael Chiesa, the TUF winner at lightweight, looked dominant in his move up to welterweight. The grappler was able to control opponents and hunt submissions en route to a four-fight win streak. Luque, on the other hand, was riding his great striking and jiu-jitsu skills to a three-fight finish streak. Most recently, he dismantled former champ Tyron Woodley before submitting him in the first round.

As mentioned in the preview article, this fight came down to the aggressive pace of both fighters. Ultimately, Vicente Luque was able to take advantage of Chiesa’s aggressiveness, particularly when hunting submissions. As Chiesa hunted a finish, Luque was able to scramble into a submission of his own, finishing the fight in round one. Let’s break down the short fight, along with the aftermath from the result.

As the fight started, it seemed both guys were content to stand. After a few minutes of feeling out one another, Chiesa was able to land the first big blows. A two-punch combo, beautifully executed, opened up a big cut under Luque’s eye. Luque answered with a big shot of his own. Chiesa, after a partial slip/stun, was able to get his feet under him and succeed on the first takedown attempt of the fight.

After the takedown, Chiesa was easily able to get to Luque’s back. For Luque, this was a dangerous position. It wasn’t long before Chiesa attempted a rear naked choke, but his attempt was denied. Once again, Chiesa was aggressive and attacked a choke, but Luque was able to scramble into a guard position. Chiesa continued his output and attempted a weak armbar, but Luque was able to get a dominant position. Soon, Luque had Chiesa wrapped into a deep D’arce choke, and Chiesa was forced to tap.

Ultimately, this result was one that was pretty surprising. Many expected Vicente Luque to get the victory, but maybe not by this method. Either way, Luque has proven he is one of the best contenders in the welterweight division. Let’s take a look at the aftermath of this result for both fighters.

What’s Next for Vicente Luque

As previously mentioned, Luque solidified his status as a top contender at welterweight. He joins a top tier of contenders composed of Colby Covington, Leon Edwards, and Gilbert Burns. There is an argument that all four of these guys deserve a title shot. With this win, Luque should fall right in line with them. He clearly has the skills, both standing and on the ground, to deserve this spot.

With that, I think the clearest next move for Luque is a title fight. The only problem is, the top of the division is a bit crowded. I do think Luque deserves a shot, but he will most likely have one more fight before he can accomplish that. It would make most sense to match him with another top contender in a title eliminator bout.

What’s Next for Michael Chiesa

This fight definitely did not play out how Chiesa wanted. However, there are still positives he can take away. For one, he landed a very clean sequence of strikes on the feet, and even opened up a large cut on Luque. Either way, it is clear Chiesa has found a new home and a bit of a new career at welterweight, and it is definitely where he belongs.

For Chiesa, he still should be respected as a contender in this division. However, he will need to prove that he belongs in the top tier by getting a few more wins. Some fights that could make sense include Belal Muhammad or Wonderboy Thompson, two guys who are hanging around in the middle of the division with Chiesa.