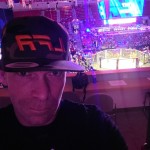 There is a lot to love about the modern era of Mixed Martial Arts, from having ridiculously stacked cards practically every weekend of the year, to the hundreds of different promotions dotting the landscape the world over. That’s not to mention the major network broadcasting deals or high-profile sponsorships. It feels like the sport has started hitting its stride over the past decade and, dare I say, become more than a bit mainstream. It’s become commonplace to turn on an event and see your favorite celebrities sitting cage-side taking in the action. The whole taboo “human cockfighting” label has been lifted, the sport regularly features on SportsCenter, and I’m excited to see what the future brings.

With all of that being said, let’s address the elephant in the room. There are still numerous issues and complaints about the sport, its promotions, and even its commissions. I’m sure some of this can undoubtedly be attributed to the relative infancy of the sport at large or its rapid ascension to the mainstream. Such as the need for a better, more comprehensive scoring system not based on boxing, better judging/reffing, or at least some accountability, and the need for a cohesive rule-set across the entire sport.

More Of An Issue

One other complaint that has steadily made its way to the forefront in recent years is the question of fighter pay and why it hasn’t seemingly kept up with the meteoric rise of the sport and the increased revenue it generates, with many on the internet, in interviews and at press conferences quick to point the finger at Uncle Dana and CO.

While I wholeheartedly agree Dana and the UFC should set the standard when it comes to paying, based no small part on the fact they are the preeminent organization in the sport, let’s be honest here it’s a relatively low standard to set. I will not blame the UFC for the current state of fighter pay. Could they pay their fighters more? Sure they could, but I can only fault them for doing what any industry-leading business would do: try to get the best deal possible and do what’s suitable for the company’s bottom line.

I will place the blame where I feel it should have been all along. Firmly at the feet of Bellator (not Scott Coker, so don’t @ me), more precisely, Bellator parent company Paramount Global which acquired them WAY back in 2011 for a paltry fifty million dollars. In the decade or so since that time, we have seen what can only be described as detached interest from Paramount. Don’t get me wrong, they have made a few decent moves over the years, like hiring MMA-savant Scott Coker and drastically increasing production values, but the missteps are just as plentiful. From freakshow fights to bouncing around channels, days, and timeslots.

Paramount and their disinterest or lack of ability to be in a competitive pay scale with the “competition” are allowing professional athletes on paid television to be paid two thousand to show and two thousand to win in 2022. For a corporation that made north of twenty-eight billion dollars in revenue last year alone and is worth close to sixty billion total, that is more than shameful. Remember that sixty billion is more than three times what the UFCs parent company WME/IMG, is projected to be worth. The most recent numbers for WME/IMG come from a May 2019 IPO filing with the SEC.

If Paramount and its executives cared about Bellator, the sport of MMA, or even the ability to make their long-time investment start turning a profit. Then they would crack open those piggy banks and pay the fighters under contract the same, if not more than the UFC. They would actually plan and promote events more effectively across the 176 networks they own. If they were to do that, it wouldn’t be long before the talent followed the money.

If this were ever actually to happen, it could force the UFC to follow suit in an effort to retain its talent pool, especially if Bellator were to gain a decent market share. Like they say in every form of business, competition helps breed innovation, and it’s time for some innovation regarding paying fighters.

In my opinion, Coker needs to be given free reign to be competitive financially to help progress the sport to a better place, not just for the fighters at the top but also for the ones who make two thousand to show and two thousand to win.

One thought on “Who Is Really To Blame for Fighter Pay?”